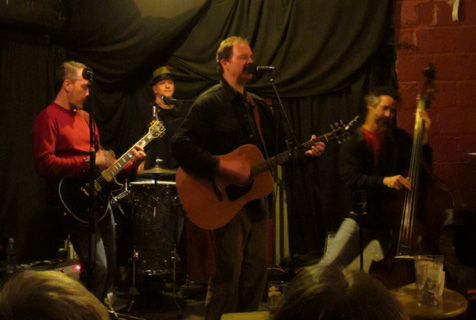 The Coats of the late aughts / early teens began their fearless hi-jinx in late 2005. Moving on up to a “power quartet,” the Coats in one fell swoop re-introduced drums, added harmonica, and—AND—cowbell, by welcoming songwriting machine Dave Goldberg into the fold. But then, such audacity is just what one would expect from the boys. It proved just the thing to guide them boldly through the “golden era,” one capped by the band’s first studio LP: OLD OVERCOAT!