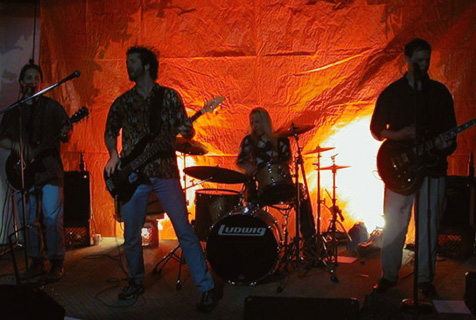 Many moons ago, it all began … the band’s original incarnation as “rock band extraordinaire,” MOJO JOJO. Okay, their first incarnation was as a KINKS cover band. (“To the brothers, Davies!”) MOJO was officially the second incarnation. From 1998-2002 (with a very brief reunion in 2004), MOJO plied the ATL warehouse party / club circuit leaving euphoria and ringing ears in their wake. Underground legends in their own mind, the scene couldn’t help but root for the band whose only stated ambition was: “hey, maybe we could open for other bands.”